HIRE US TO ROCK YOUR NEXT EVENT 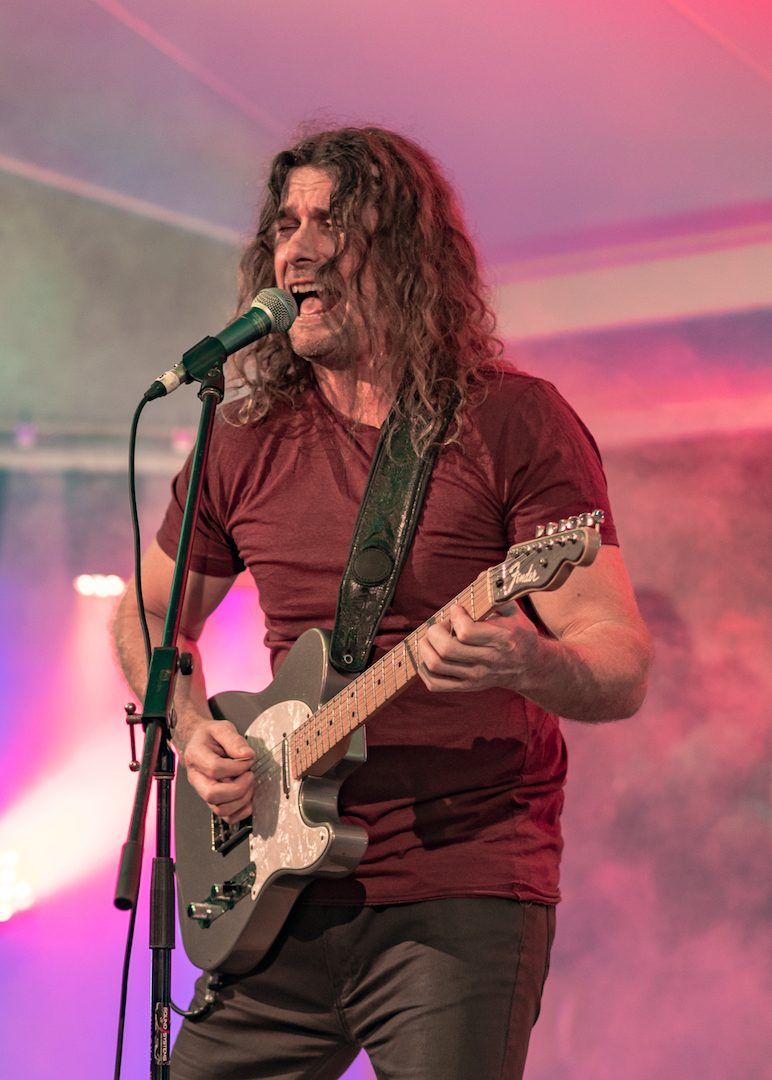 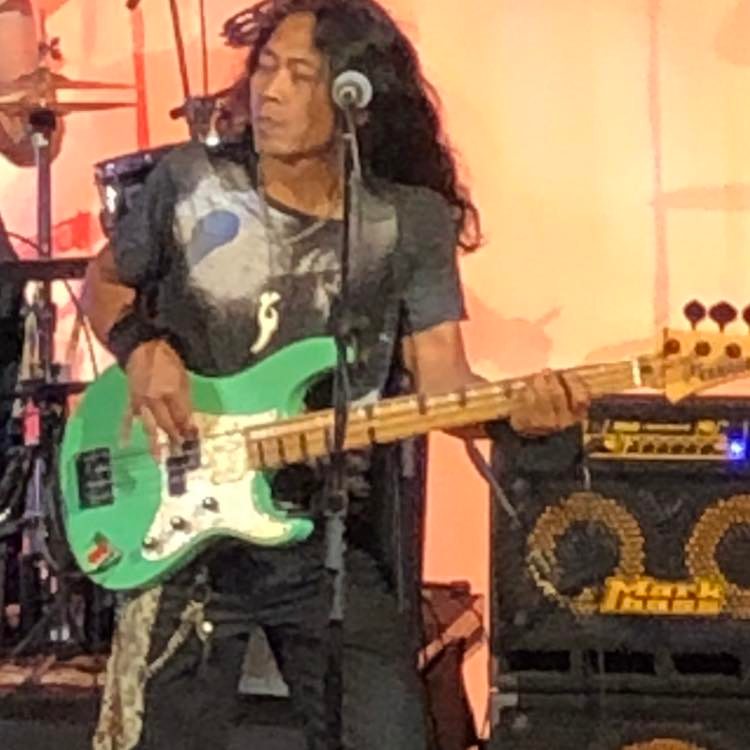 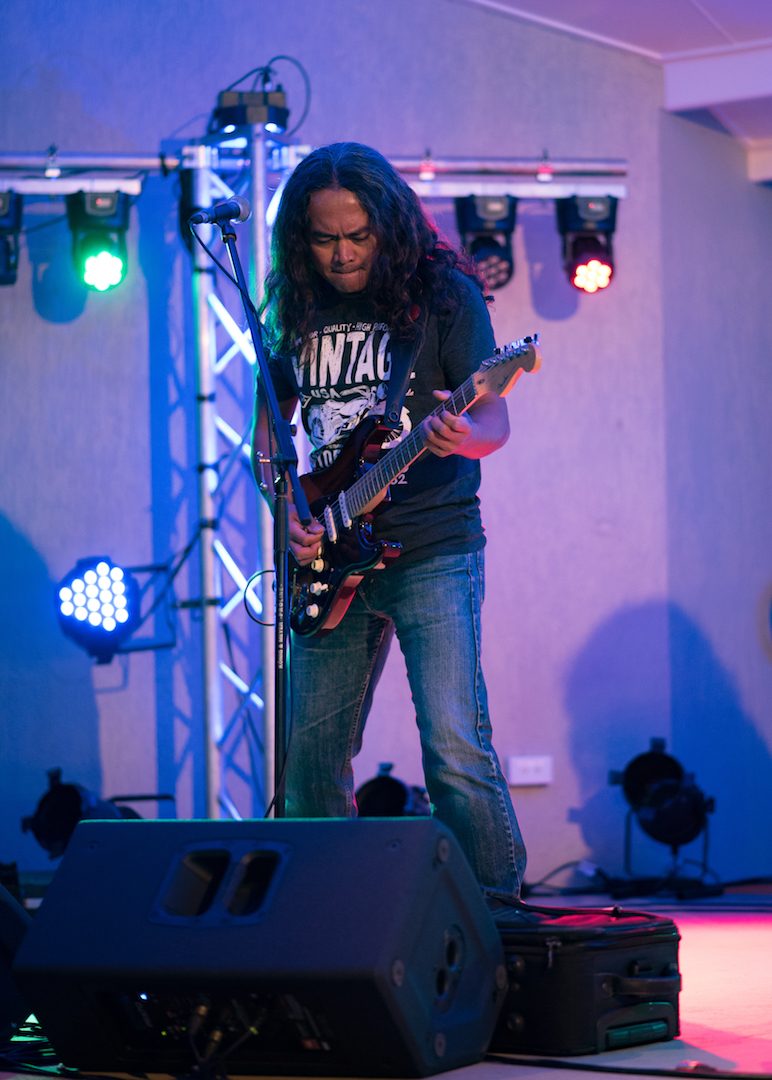 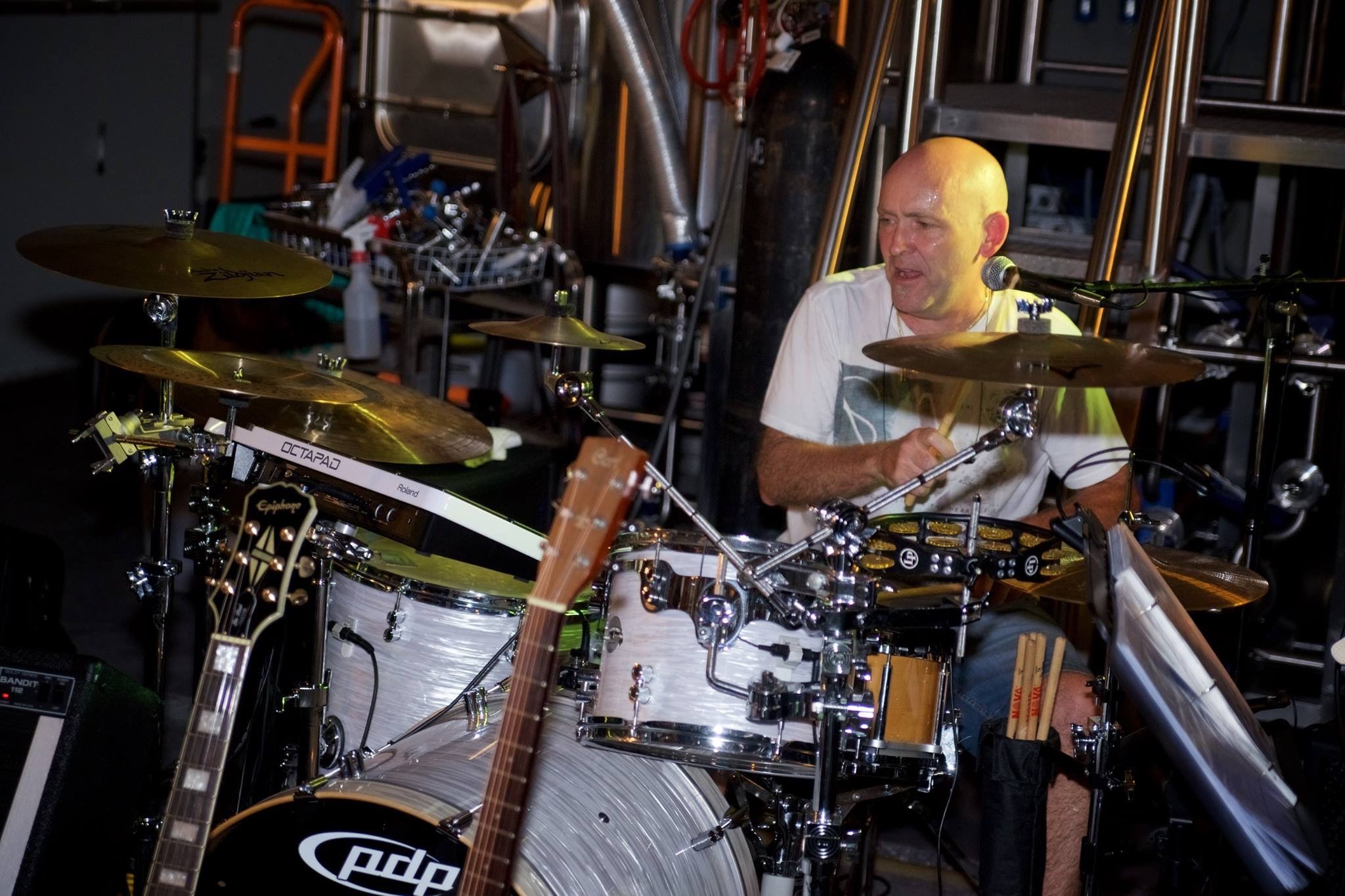 Nick is a Tasmanian born Queensland dwelling muso who plays as much music outside his day job as time, space and wife will allow. He fronts Brisbane based original rock band, Hammerhead; sang with ACDC tribute band, Heatseeker; has an acapella rock project under the name, Sinners’ Circle; released a Christian rock album last year and plays some covers around the traps to feed the other projects & make sure the family doesn’t go hungry!

Nick is a drummer come guitarist come singer/songwriter who puts it all together for the sake of a physical challenge and a good time.

In July 2019 Nick impressed Harry Gusman and now he is the lead singer of Brothers In Groove.

Nick has adapted Groovy repertoire since he joined Brothers In Groove, but he has brought more Rock Influence repertoire that has given B-I-G even more versatile and can perform almost any genre of music and cater any venue or events.

Harry started learning guitar at the age of 12 in a very musical family and neighbourhood and joined his first band at 14.

As he really enjoyed performing, he started his formal education in music with classical guitar lessons at age 17 followed by a Bachelor of Music (Hons) in teaching and performance at the Indonesian Institute of Art.

He started playing music professionally since the early 90s, including playing lead guitar in various bands at concerts, pubs and nightclubs as well as session work, arranging songs and jingles, teaching guitar and bass, playing in an orchestra, conducting guitar workshops and judging music competitions.

Highlights of his career include live TV performances in Indonesia, playing with the late Mats Olauson (the former keyboardist from Yngwie Malmsteen’s band) playing with the Indonesian Wind Orchestra, and performing around South-East Asia, across Australia and New Zealand.

Harry has continued to expand his knowledge by taking blues lessons with guitar gurus in Chicago USA and completing guitar courses at the Berklee College of Music, USA including jazz guitar, blues guitar and classic rock guitar.

Harry has taught in well-respected music schools including the Yamaha Music School in Indonesian cities such as Jakarta, Yogyakarta and Surakarta and established his own private guitar school Harry’s Guitar Studio.

Since 1998, Harry lived in Sydney and played with local bands such as Colin Fox, Caribbean Fever, Caribbean Soul, Seven Year Itch, and The Tuners and Groovology.

In addition to being a full time guitar and bass teacher, he is also an arranger and a session guitarist. 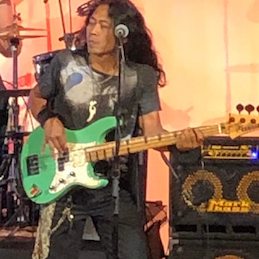 Doe has been playing bass and guitar almost as long as he lives. As a young boy he was lucky to be growing up in a musical family, very musical culture and neighbourhood.

When he saw his elder brother Harry performing on the big stage when he was 15, Doe decided to play music professionally too and since then he never looked back.

He was in love with the bass and practiced up to 5 hours a day and played up to 6 days a week as a full time job in a few different venues and events.

He was awarded bass player of the year in Java 3 times in a row just like what Harry has also achieved.

Through his music career over the years, he has toured several local originals and covers bands from Brisbane and Sydney around Australia, Indonesia and the USA with different bands playing different styles of music.

John is an experienced drummer with roots back to the 1980’s and 90’s rock era in the UK and Europe.

Since he left the UK, he has done lots of gigs with a few bands for international performances in Europe, Middle East, New Zealand and Australia.

John was an integral part of a number of Sydney bands, most recently with the Siren Simply Divinyls tribute show.

He has also been playing with several pub cover and corporate cover bands over around Sydney for years before relocating to the Sunshine Coast and join with the Brothers In Groove.

HIRE US TO ROCK YOUR NEXT EVENT
Scroll Up